In 1902 Australia became the first country in the world to give full political rights to white women. Despite this promising start, it was another 41 years before a woman was finally elected to the federal parliament.

It would take 108 years for a woman to become prime minister, and the country is still waiting for full gender equality in the parliament. The women who broke through the barriers facing them took on roles traditionally filled by men, and they did them well. They became senators, ministers, cabinet members, ministers of departments, took on executive positions within the chambers and even, finally, became prime minister. They proved their talent and ability and showed that women in parliament are not a novelty, but a necessity.

Breaking Through: 75 years of women in parliament is an onsite exhibition at the Museum of Australian Democracy, featuring portraits of federal politicians created by illustration students from TAFE NSW.

Breaking Through online is an ongoing celebration of trailblazing women who have broken through barriers in their fields, in federal parliament and beyond. 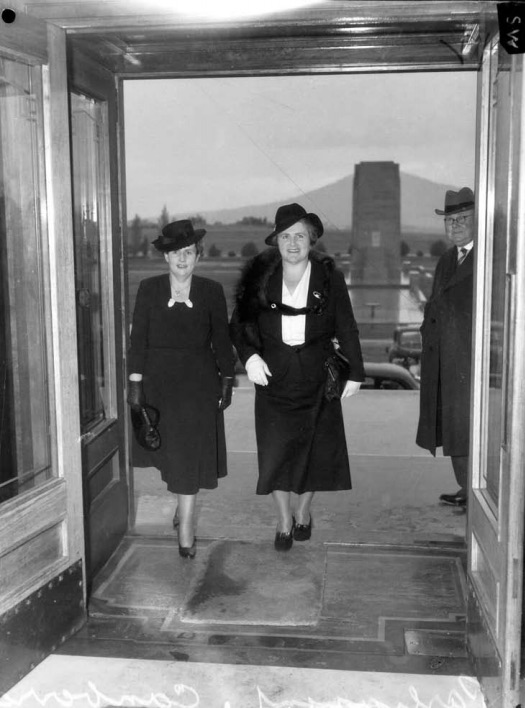 Dorothy Tangney and Enid Lyons walk through the doors of Parliament House in 1943 as its first female politicians
Photo: Australian War Memorial

...there is a positive side to [being a female in Parliament]. ...the delight of doing something for the first time... of making ripples which go on enlivening your society for decades.

Aboriginal women given the vote

Becoming the first woman to administer a government department.

to hold cabinet office and portfolio responsibilities (Minister for Education and Minister for Social Security).

Total of 55 women elected to Parliament.

The
Women See all

Women in Parliament: A global perspective on Australia's lazy lateness

Blazing a trail: Peris, Burney and the legacy of the first Indigenous women in Australian parliament

For the majority of Australian parliamentary history, the corridors of power have been hostile territory for Aboriginal and Torres Strait Islander people.

You can’t be what you can’t see.

On Friday 7 September 2018, Elizabeth Lee MLA spoke at the launch of Jasiri Australia about the challenges and importance of being a ‘first’.