Do you know these women?

Canberra’s annual Enlighten festival is a regular fixture in the MoAD events calendar. In 2018, one of the projections on Old Parliament House highlighted the 75th anniversary of the first women elected to the Commonwealth Parliament. Twenty women were featured, some of whom you may know. You may have heard of Dame Enid Lyons, Dame Dorothy Tangney, Joan Child and Julia Gillard, but how many others on our list can you name?

Here are some profiles of just a few of the trailblazers. 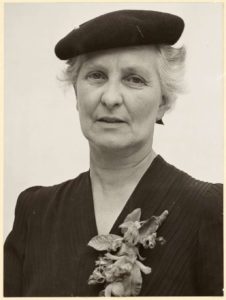 Doris Blackburn was the second woman to serve in the House of Representatives. On 28 September 1946 she was elected to the Division of Bourke, based around Coburg and Brunswick in Melbourne. Her husband, Maurice Blackburn (founder of the law firm of that name) was expelled from Labor in 1937 for his avowed support of the Soviet Union. Doris resigned from the party in solidarity. She never forgave Labor for their treatment of her husband and, two years after his death, she ran for and won his old seat as an independent. A proud socialist herself, Doris fought for women’s rights, civil liberties, Indigenous rights, nuclear disarmament, and child care. She was defeated in 1949 but continued to fight for her beliefs until her death. 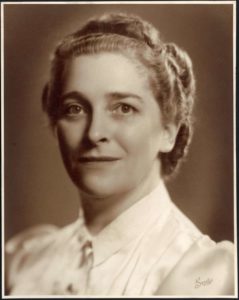 A Queenslander and community worker before entering parliament, Annabelle Rankin achieved many firsts. When her Senate term began in 1947 there were only two Liberal senators, so Rankin immediately became her party’s whip. From 1951 she was the Government Whip, a position she held for fifteen years. In 1966, Harold Holt appointed Rankin as Minister for Housing, making her the first woman to hold a federal ministerial portfolio, and the second woman to reach federal ministerial rank.  In 1968 she was the longest-serving Senator, the only woman ever to have been “father” of either chamber. After her resignation in 1971 she was appointed High Commissioner to New Zealand, the first Australian woman to have ambassadorial status. 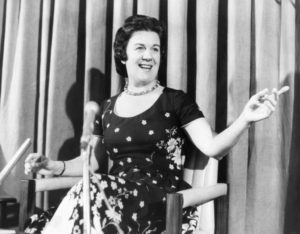 Born in Belfast, Margaret Guilfoyle came to Australia at a young age and settled in Melbourne. She became an accountant by trade before standing for the Senate in 1970, having been active in the state Liberal Party for years. During interviews for preselection, one MP asked her how she would balance a Senate career with raising her children, to which she replied it was none of his business. She won, and served in the Senate from 1971 to 1987. She rose rapidly to the Coalition front bench and, after the Fraser government took power in November 1975, became Minister for Education, and later Social Security. Initially a junior minister, in 1976 she became the first woman to sit in Cabinet as head of a department. Fraser said of her ‘She could be totally relied on and she could think for herself. She wasn’t a captive to the bureaucracy.’ 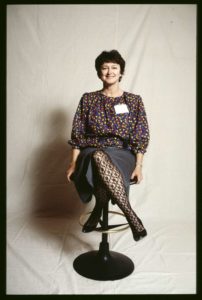 A teacher by trade, Ryan worked at the Australian National University in Canberra, and in 1975 was elected to the advisory ACT Legislative Assembly. Later that year she was elected to the Senate as one of the first two ACT Senators, representing the Labor Party. Ryan’s campaign slogan was “A woman’s place is in the Senate”. She served on the Labor front bench and when the Hawke government came to office in March 1983, Ryan became Minister for Education and Youth Affairs, and Minister assisting the Prime Minister for the Status of Women. She was the first woman to hold any ministerial office in a federal Labor ministry. One of Ryan’s most noted achievements was the development of legislation for gender equality; she played a strong role in the passage of the Sex Discrimination Act 1984, and the Public Service Reform Act 1984, which created the principle of equal opportunity employment in the Commonwealth public sector. From 2011 to 2016, Ryan was the federal Age Discrimination Commissioner and for a time was Deputy Chair of the Museum of Australian Democracy’s governing council. 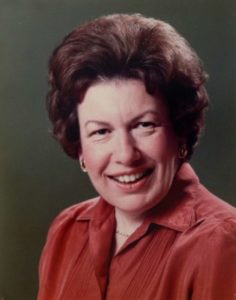 Margaret Reid was a barrister who had been the first woman president of the Australian Liberal Students Federation. In 1981 she was appointed to fill a casual vacancy in the Senate when her friend John Knight, the ACT’s Liberal senator, died suddenly. She went on to represent the ACT in the Senate for over twenty years. From 1981 to 1988, both ACT Senators were women, the only time a state or territory’s entire senate delegation has been women. Reid was elected President of the Senate in 1996 and served until 2002. She was the first, and so far the only, woman to have held that position.

Campbell has been the Curatorial Officer at the Museum since 2012 and has worked in the sector for almost a decade. He is passionate about telling stories through objects and activities, and equally passionate about the hopelessly large pile of books he hasn’t got around to reading yet.