As a lonely child, Annabelle Rankin invented a game. It was called ‘Being in Parliament’ and she would play it for hours.

It was good practice for her future career. After years of community service she decided, at age 38, to follow her childhood dream. She ran for parliament: ‘I realised there was a job to be done and I wanted to do it.’

The media often described her ‘pleasing appearance’ and ‘feminine manner’. However, it hid a steely determination: ‘Politics is a tough business. I can be tough too if the need arises.’

Believing that women deserved a greater say in the running of the country, she took on multiple roles in the parliament. Her impressive list of ‘firsts’ helped to convince both colleagues and the public that women in parliament were as capable and committed as any male politician.

I did not set out to do any of these things ... It’s a matter of recognising the opportunity and grabbing it. Nothing was given to me easily. I had to justify every appointment I have received. 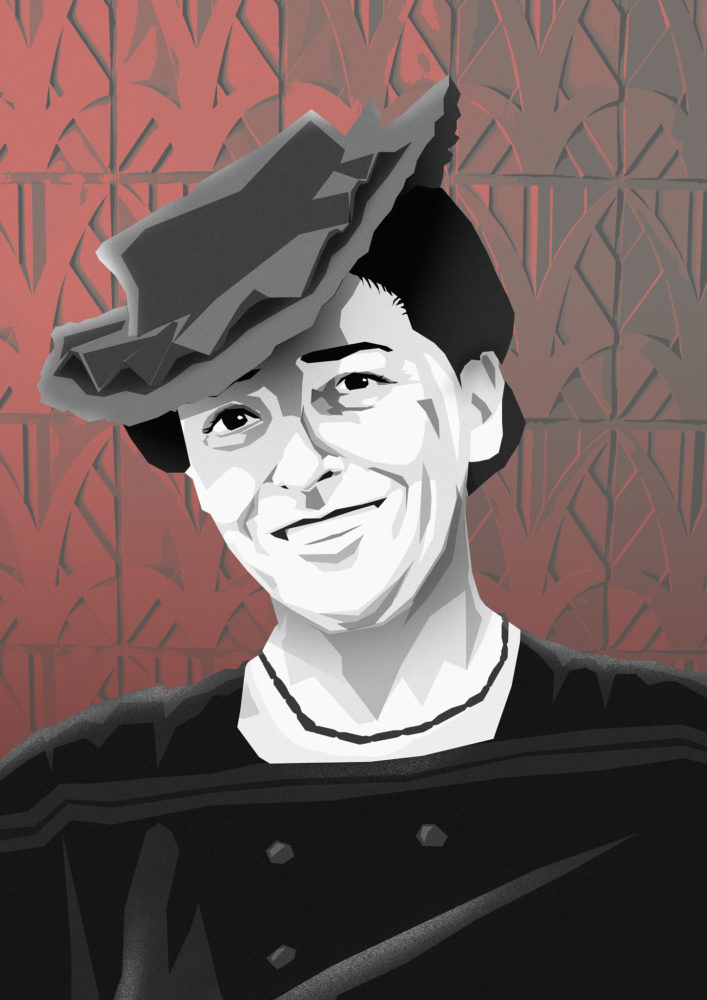 “I rendered Annabelle digitally trying to capture the period she became politically active. She is in black and white, with a grain added to give it the feel of the photography technique for that time. I used an Art Deco pattern background, again to show the period, and red to represent her role in the Senate.”