Described by The Bulletin as ‘a born politician who happens to be a woman’, Dorothy Tangney arrived in parliament determined to fight for the underdog.

As a child she had experienced poverty first hand. At one point she sold illegal raffle tickets to raise money for her school uniform, and relied on scholarships to complete her education. She had watched, appalled, as families begged for food during the Depression. These experiences focussed her commitment to social reform.

Elected at 36, she was ‘spirited and modern’, and had the energy and determination of youth on her side. At one stage she was serving on 23 parliamentary committees –  and chairing 13 of them. Over almost 25 years in parliament she built up a formidable record in social service and education reform—two areas she knew could make a real difference in a person’s life.

Listen to the speech
View the transcript 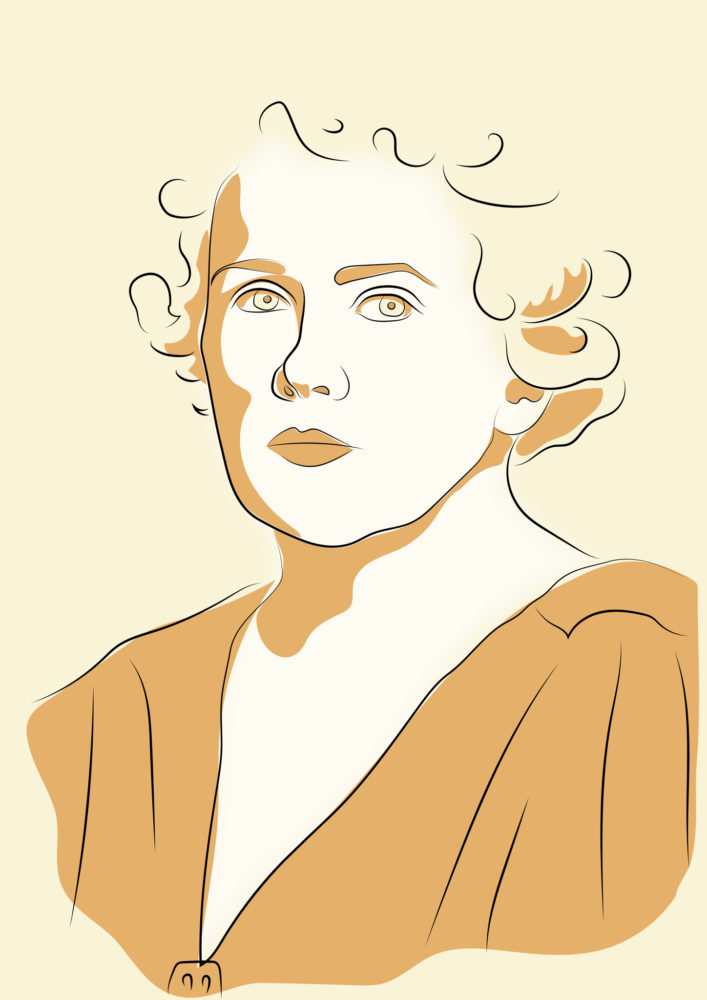 “I was inspired by the line work from 1940s fashion illustration, which not only reflects the era when Dorothy Tangney won a seat in the Senate, but also strongly conveys the type of woman she was. The femininity and simplicity of the line work and tone portrays her conventional views of womanhood; however, it has a certain powerful quality that highlights the strong values she had for education, health, social services and equal pay.”