Enid Lyons was a seasoned political player long before she was elected. As the widow of a former Prime Minister, she knew the realities of political life—its difficulties and its triumphs.

She recognised the significance of her election to parliament, noting ‘the value of women in politics would be judged on what I did.’ However, she promised to justify herself ‘not as a woman, but as a citizen’. While she promoted issues that affected women and families, she also took an active involvement in national affairs and policy.

When Enid spoke, people listened. Voters saw her as someone ‘real’, a person who genuinely cared and who they could have a cup of tea with. Colleagues saw her as a strong and able negotiator, who knew the political game and played it well. She proved it was possible to be both.

Listen to the speech
View the transcript

I believed with all my heart in the right of women to a place in government. All my active public work ... had been aimed at rousing women to a sense of their own powers and responsibilities. 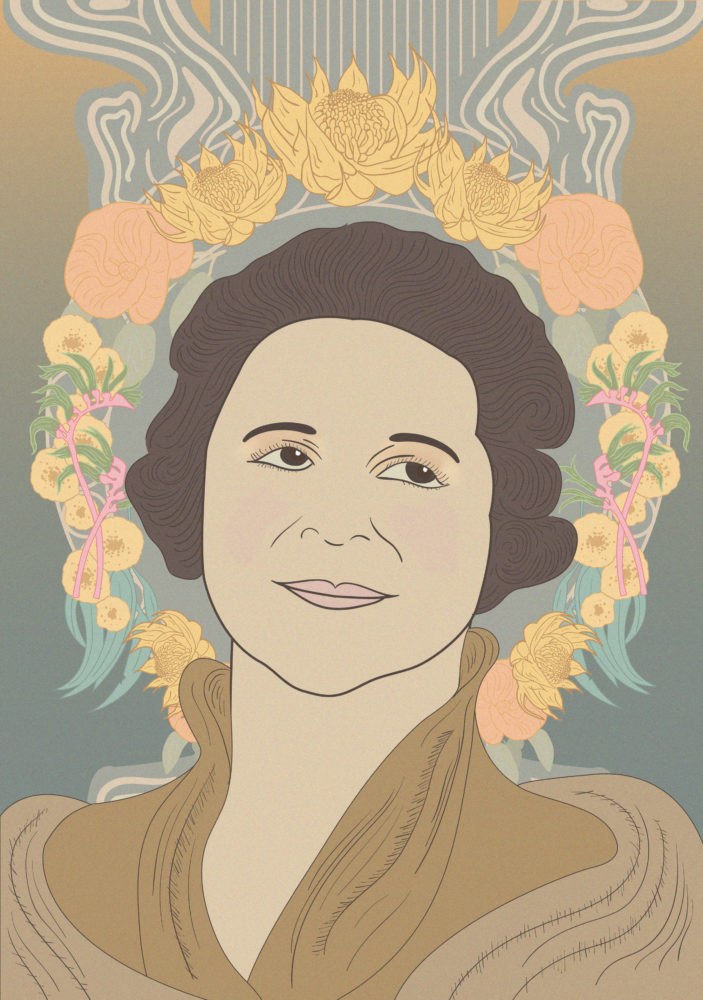 “Enid spoke specifically to women, and began her movement to include more women in the discussion of politics. The floral halo of Australian natives in her portrait reflects her motherly aura. She made significant speeches on the subject of peace, and this is emulated in her calm smiling facial expression and hopeful eyes. She is illustrated digitally in the style of art nouveau to mark the time period she was born in, and then rendered in a more contemporary style for a modern audience.”