Janine Haines was fully committed to gender equality and the Democrats’ pledge to ‘keep the bastards honest.’

In her maiden speech, she gave her colleagues a glimpse of the articulate, no-nonsense person they would soon be negotiating with. She later recalled: ‘I think I stunned them’.

She was noted for her ‘fierce intellect and strength of conviction’. She called out sexism and inequality and refused to be bullied by the major parties.

In so doing she challenged the stereotype of women in politics and highlighted a new breed of female politician — powerful and resilient. Under her leadership the Democrats achieved their highest level of support.

Reflecting on her time in the parliament, she acknowledged that, despite many advances for women, ‘we still have a lot to do, to be heard and even more to be listened to’.

Women are as entitled as men to represent the full breadth of ideology and style. 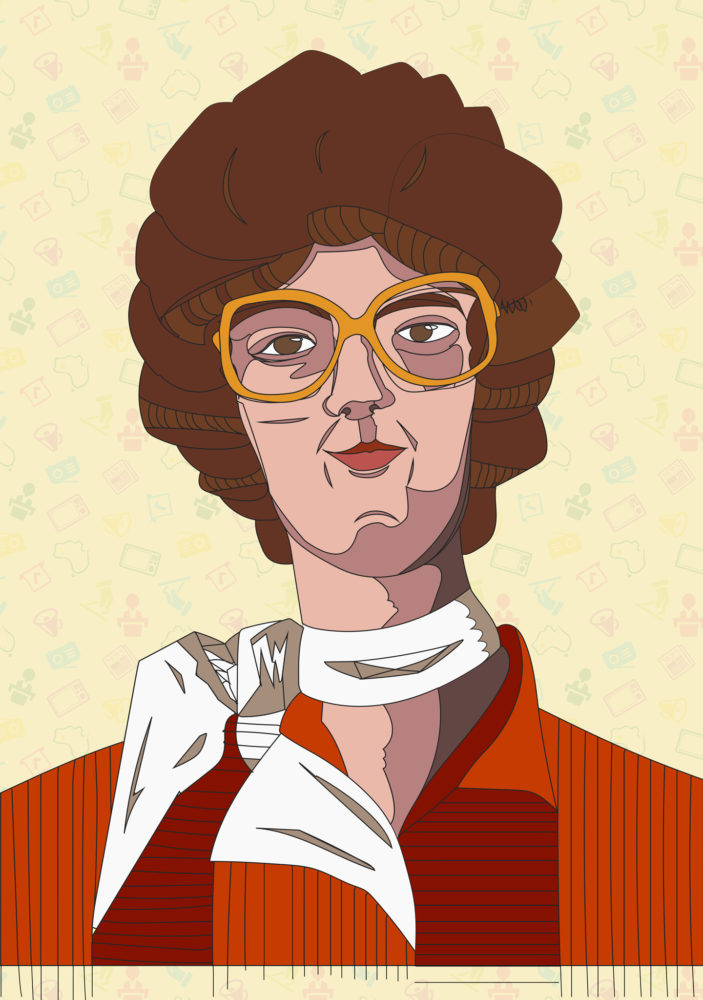 “The style of my portrait of Janine Haines was based on the 1980s with a limited colour palette and a background pattern that illustrates her career as a senator. I wanted to portray her tough and businesslike demeanour and pay homage to her famous glasses.”