Joan Child regarded ‘life experience’ as her qualification to be a parliamentarian.

As a young widow raising five sons on a pension, she worked in retail, as a cleaner and a cook to help make ends meet. When she entered parliament in 1974 and debated the issues of health, housing, and social welfare, she spoke from experience.

She fought for the rights of those often overlooked—the elderly, the unemployed, the everyday worker. She refused to be stereotyped by the press as a housewife or grandmother, rejecting this limited view of her expertise.

Her election as first female Speaker of the House of Representatives was big news. How would she cope? Could she keep the men in order? Yes, she could, and yes, she did: ‘At first some of the men tried to take me on — but most never tried again.’

A politician is a politician, no matter which sex. Women politicians and party members I know don’t ask or give any quarter. 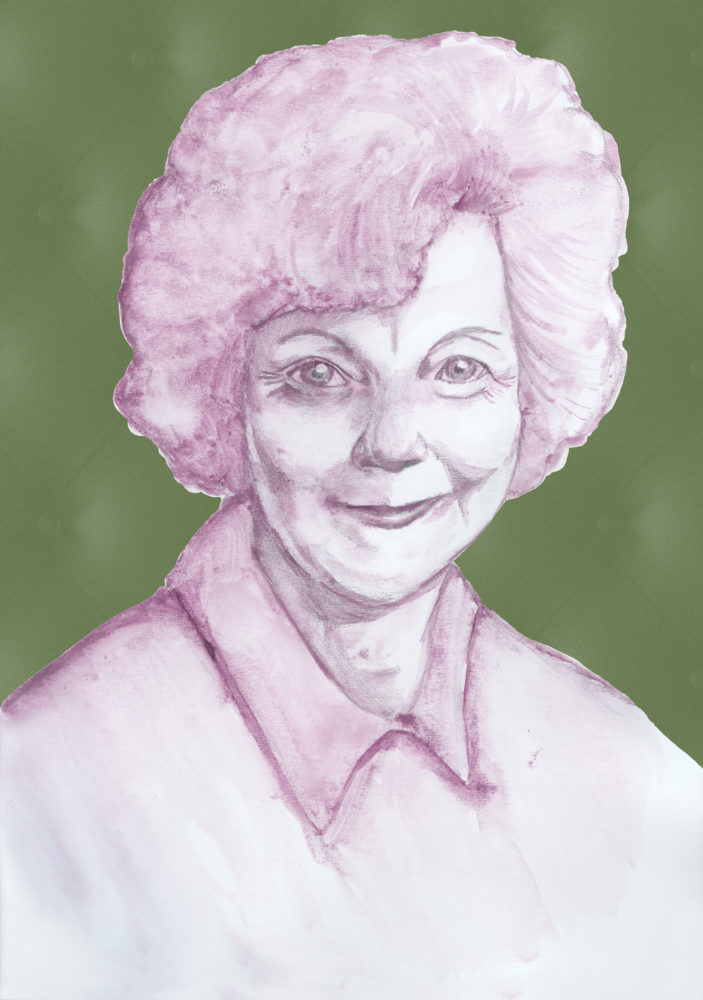 “I used watercolour and pencil to create this portrait of Joan Child. I used a warm purple to express the friendly and warm energy she projects with her smiling face and friendly eyes. The green texture behind represents the Speaker’s Chair.”