Resilience and an unwavering sense of self have been the hallmarks of Julia Gillard’s working life. She is tough, but fair. Known as a hard negotiator, she understands the necessity of compromise.

These attributes served her well when she became Australia’s 27th prime minister. Even with a hung parliament and a hostile opposition, she passed over 500 pieces of legislation — more than any other prime minister in the country’s history.

As the first woman to lead the country, it was never going to be easy. She was prepared to discuss and defend her policies, but it was the country’s focus on her gender that caused her the most frustration. It also revealed the underlying sexism hiding beneath Australia’s modern exterior.

When asked how she felt about her time as prime minister, she replied: ‘Not bitter. Energised. Eager to see the change that must come.’

WHAT I AM ABSOLUTELY CONFIDENT OF IS, IT WILL BE EASIER FOR THE NEXT WOMAN AND THE WOMAN AFTER THAT … AND I’M PROUD OF THAT. 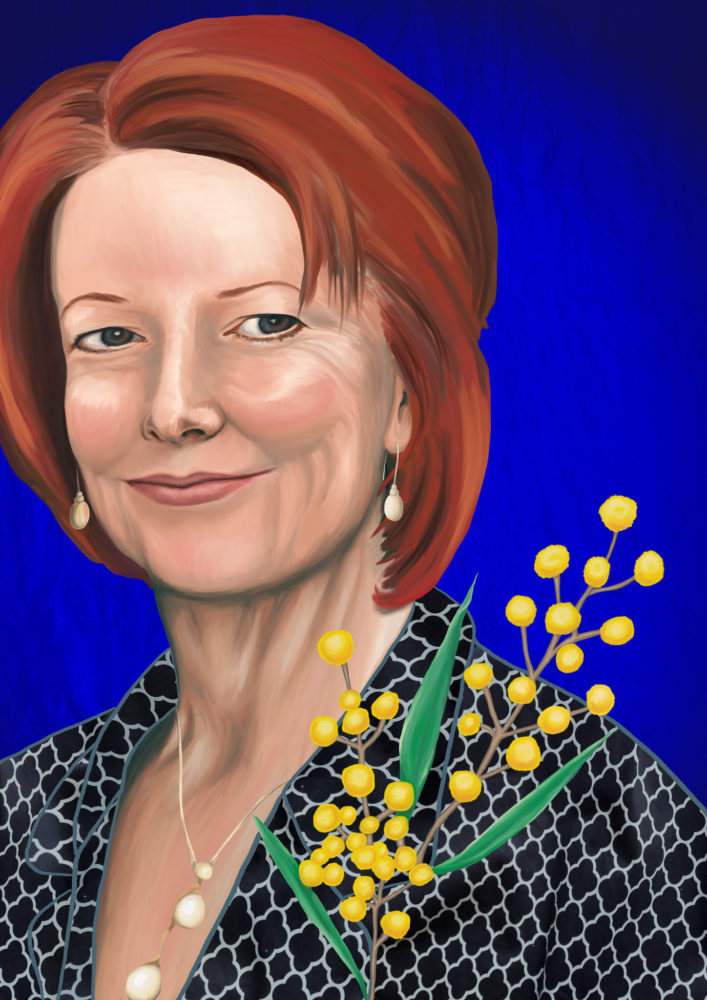 “I wanted to treat Julia Gillard with much respect for being our first woman prime minister. I wanted to show her as I imagine her now, rather than in office, hopefully reflecting on what she’s achieved as a pioneering trailblazer. Also, I personally love Australia’s beautiful flora and that is why I’ve used our country’s floral emblem alongside her.”