In her maiden speech her message was clear—she was guided by three political motivations: ‘Aboriginality, being a woman and being a change maker in the social justice space’.

When she was offered the chance to enter federal parliament, she realised ‘it was an opportunity knocking that might not knock again’. So she said yes, and that is something she is encouraging all women to do — put themselves first and say yes to new opportunities, whatever these might be. They should just go for it.

Described by her colleagues as ‘fearless’, ‘tenacious’, ‘loyal’ and ‘awesome’, Linda had been well prepared for the challenges that lay ahead by the 13 years she spent in the New South Wales Parliament.

Like her totem, Linda has a message: ‘Let’s make history together’.

I intend to bring that Wiradjuri fighting spirit into this place, for the people of Barton, for the First Peoples, and for those great labor values of social justice and equality for all people. 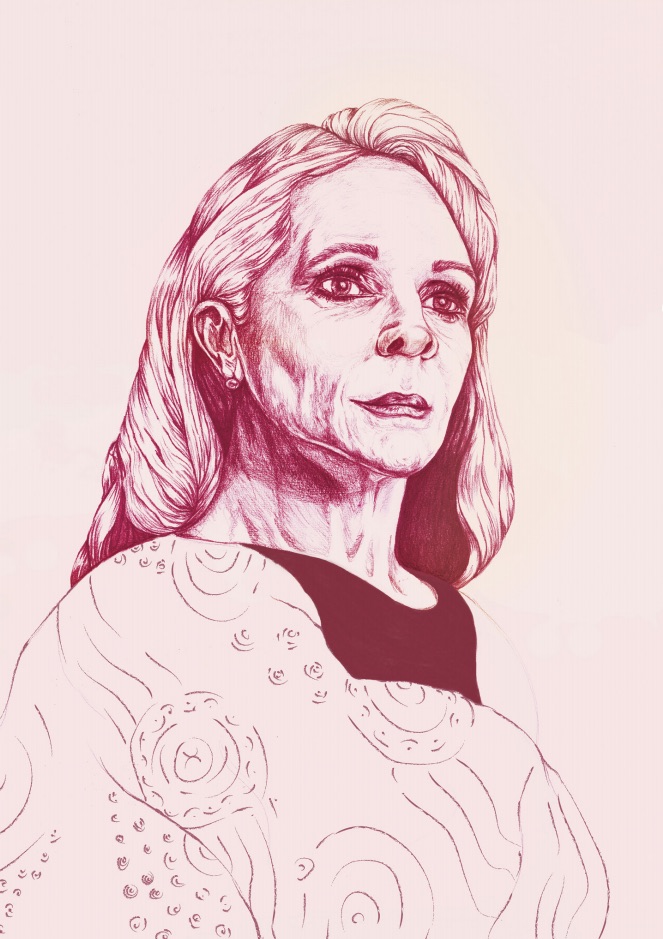 “I felt a responsibility to convey Linda Burney’s strength, poise and well-earned pride in both her political achievements and her Indigenous heritage. I approached this with the use of a soft organic line and the strength of a limited colour palette in acknowledgement of the Labor Party.”