She joined the Liberal Party while still at school, and even had copies of Hansard sent there. Years later, it was her name being recorded in the Hansard reports.

Colleagues respected her ‘fairness and integrity’, while taxi drivers admired her willingness to chat … and to listen. As President of the Senate she was the public face of the upper house. It was a demanding job: ‘often seven days a week [with] long absences from home’.

Despite her senior role in the parliament she remained an active member of her electorate. She’d sizzle a sausage or speak to a school, and knew many constituents by name. Voters recognised her genuine commitment to them and their interests, and continued to re-elect her for 22 years.

I have deliberately pursued a role as a local member. A lot of the things you do are so small, but they mean something to somebody. 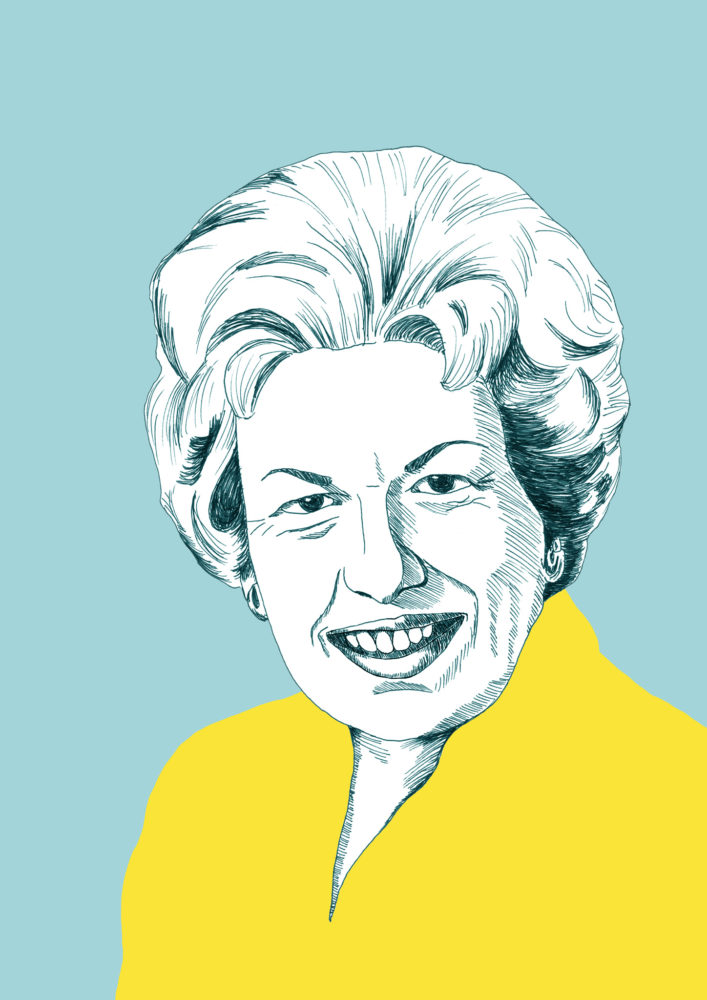 “I was very much inspired by the time period in which Margaret Reid became President of the Senate. I wanted to capture that 1990s feel and did so through the use of bold, flat colours. I then wanted to contrast this and bring a more sensitive element to the piece by using detailed line work. I felt this reflected Reid’s integrity and dignity, for which she was renowned.”