Determination, focus and talent helped Nova Peris win Olympic gold with the Hockeyroos in 1996. She called on these traits again during her time as Australia’s first female Aboriginal senator.

Always up for a new challenge, she saw the chance to bring about change and grabbed it. She worked hard, sitting on committees, using her position to advocate for Indigenous equality and helping to establish the National Indigenous Labor Network. However, she found politics ‘brutal’, and her outspoken personality caused occasional problems with colleagues and the press.

Several weeks short of completing her first term, she resigned from politics, citing family reasons. Despite this, the high number of Aboriginal candidates in the 2016 election showed that her time in the Senate had inspired others. She had forged a path for them to follow.

‘...I have always been someone who has tried to do things, not just talk about them. I build things up, I don’t tear things down. 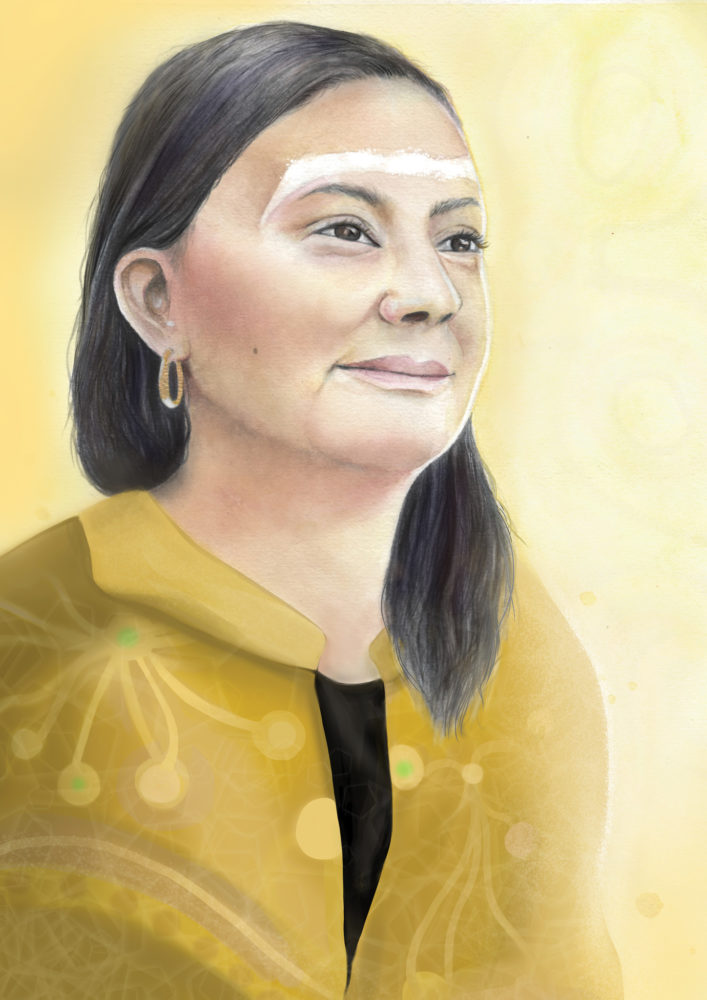 “Nova stares off into the distance with her head tilted to the sky. The gold around her is a symbol of her strong spirit and profound love for her country and her people. I have based her jacket on the one she was wearing during her maiden speech. I believe we will see more of Nova and her story is not at its end.”