When Susan Ryan walked into parliament and announced she was a ‘feminist senator’, conservative politicians were speechless — and possibly a bit scared.

She was young, strong-willed and keen to challenge the status quo. She believed women could do anything if given a fair chance, and she was determined to provide it for them.

Having fought her way through the male-dominated Labor ranks to become the first female Labor minister, she knew that changing attitudes was every bit as important as changing legislation.

She was instrumental in the passing of the landmark Sex Discrimination Act 1984. The Act provided protection against all kinds of gender discrimination and improved the lives of millions of women. It is still effective today. It was, according to Ryan, ‘probably the most useful thing I’ve done in my life’.

I believe in Parliament, I believe in it very strongly as a place where changes can be made. 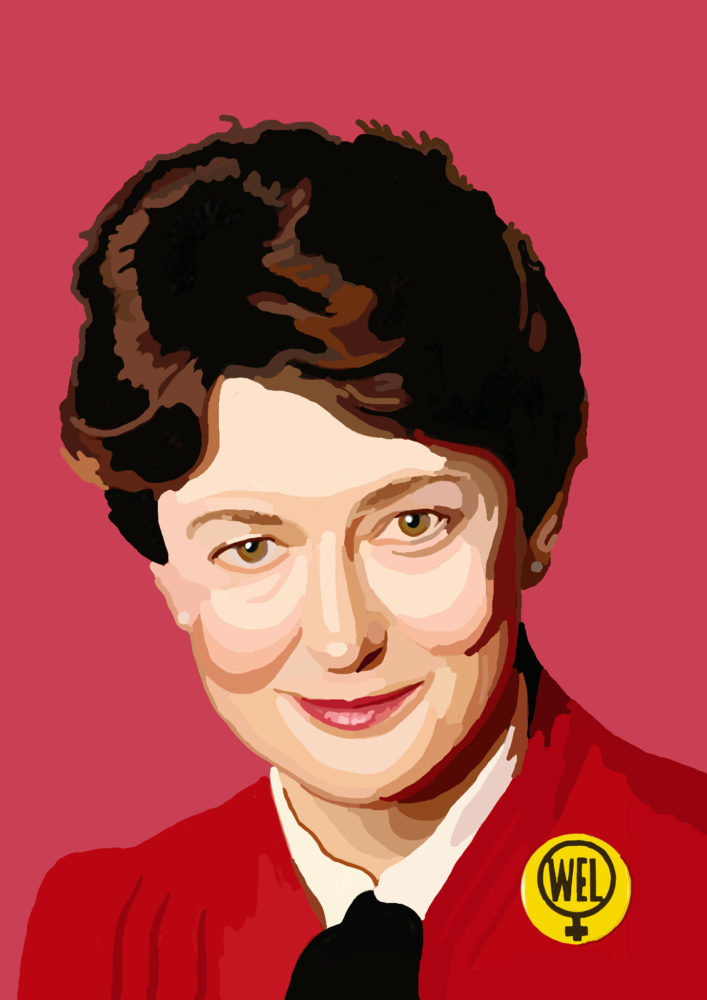 “I approached my portrait of Susan Ryan digitally for crisp lines and bold block colours. I wanted to make her strong, not soft, drawing inspiration from Barack Obama’s ‘HOPE’ posters that exude power and progressiveness. The red of the background is for the Senate and also adds energy to the image. The ‘WEL’ badge acknowledges her strong involvement in the women’s movement.”